Sunday of the Word of God

Scripture themes
The teaching of the Church on the Liturgy of the Word is expressed in these texts Jesus states that the prophecy of Isaiah is fulfilled in himself: so the Scripture word Is proclaimed in church. Christ is really present in his Word, That Word challenges us to a renewal of life, as the people rediscovered their identity when Ezra read the Law to them. 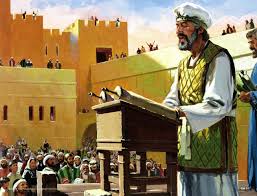 Ezra the priest brought the Law before the assembly, consisting of men, women, and children old enough to understand. This was the first day of the seventh month. On the square before the Water Gate, in the presence of the men and women, and children old enough to understand, he read from the book from early morning till noon; all the people listened attentively to the Book of the Law.

Ezra the scribe stood on a wooden dais erected for the purpose; In full view of all the people-since he stood higher than all the people-Ezra opened the book; and when he opened it all the people stood up. Then Ezra blessed the Lord, the great God, and all the people raised their hands and answered, ‘Amen! Amen!’; then they bowed down and, face to the ground, prostrated themselves before the Lord. And Ezra read from the Law of God, translating and giving the sense, so that the people understood what was read.

Then (Nehemiah-His Excellency-and) Ezra, priest and scribe (and the Levites who were instructing the people) said to all the people,
‘This day is sacred to the Lord your God. Do not be mournful, do not weep.’
For the people were all in tears as they listened to the words of the Law.

He then said,
‘Go, eat the fat, drink the sweet wine, and send a portion to the man who has nothing prepared ready. For this day is sacred to our Lord. Do not be sad: the joy of the Lord is your stronghold.’

A reading from the second letter of St Paul to the Corinthians      12: 12-30
Theme: You together are Christ’s body; but each of you  is a different part.

Just as a human body, though it is made up of many parts, is a single unit because all these parts, though many, make one body, so it is with Christ. In the one Spirit we were all baptised, Jews as well as Greeks, slaves as well as citizens, and one Spirit was given to us all to drink. 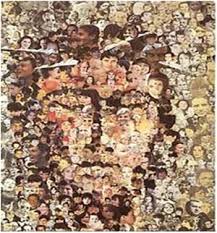 What is more, it is precisely the parts of the body that seem to be the weakest which are the indispensable ones; and it is the least honourable parts of the body that we clothe with the greatest care. So our more improper parts get decorated in a way that our more proper parts do not need. God has arranged the body so that more dignity is given to the parts which are without it, and so that there may not be disagreements inside the body, but that each part may be equally concerned for all the others. If one part is hurt, all parts are hurt with it. If one part is given special honour, all parts enjoy it.

Just as a human body, though it is made up of many parts, is a single unit because all these parts, though many, make one body, so it is with Christ. In the one Spirit we were all baptised, Jews as well as Greeks, slaves as well as citizens, and one Spirit was given to us all to drink.

Nor is the body to be identified with any one of its many parts. Just as a human body, though it is made up of many parts, Now you together are Christ’s body; but each of you is a different part of it.

Alleluia,             alleluia!
The Lord has sent me to bring the good news to the poor,
to proclaim liberty to captives.
Alleluia!

Seeing that many others have undertaken to draw up accounts of the events that have taken place among us, exactly as these were handed down to us by those who from the outset were eyewitnesses and ministers of the word, I in my turn, after carefully going over the whole story from the beginning, have decided to write an ordered account for you, Theophilus, so that your Excellency may learn how well founded the teaching is that you have received.

Jesus, with the power of the Spirit in him, returned to Galilee; and his reputation spread throughout the countryside. He taught in their synagogues and everyone praised him. 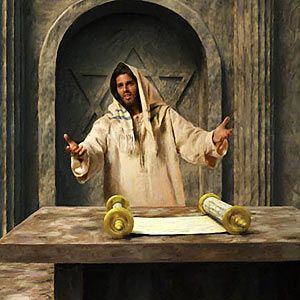 He came to Nazara, where he had been brought up, and went into the synagogue on the sabbath day as he usually did. He stood up to read and they handed him the scroll of the prophet Isaiah. Unrolling the scroll he found the place where it is written:

The spirit of the Lord has been given to me, for he has anointed me.
He has sent me to bring the good news to the poor,
to proclaim liberty to captives and to the blind new sight,
to set the downtrodden free,
to proclaim the Lord’s year of favour.

He then rolled up the scroll, gave it back to the assistant and sat down. And all eyes in the synagogue were fixed on him. Then he began to speak to them,
‘This text is being fulfilled today even as you listen’

For homily resources for this Sunday’s Gospel click here:
https://www.catholicireland.net/sunday-homily/

Taken from THE JERUSALEM BIBLE, published and copyright 1966, 1967 and 1968 by Darton, Longman and Todd Ltd and Doubleday, a division of Random House Inc, and used by permission of the publishers.